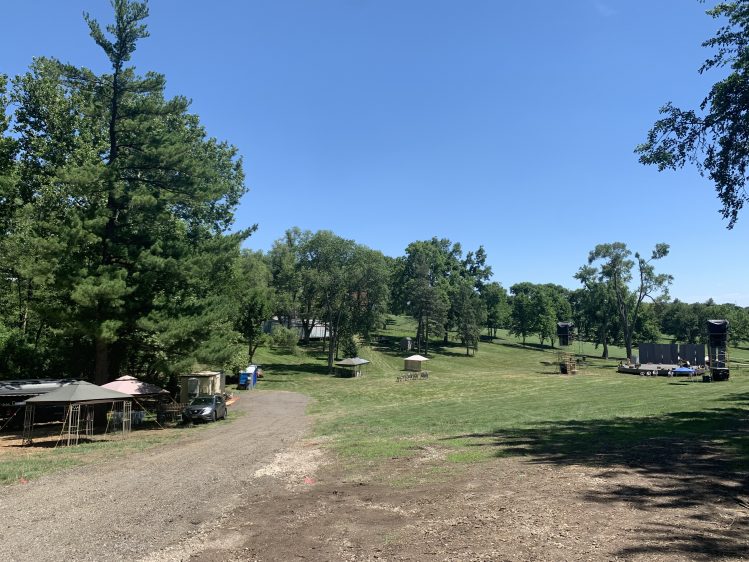 For many in the Omaha area, the return of Shakespeare on the Green may feel like a homecoming of sorts – reuniting with old friends in a familiar place. For some people, that’s literally what the return means.

“I had a phone call from a subscriber and when I looked them up, I realized they’re from out of state – West Coast out of state,” said Nebraska Shakespeare executive director, Brett Bernardini. “They want to sit with their friends who are from the East Coast. They’re literally saying, “Let’s meet in Omaha and go to the theatre.”

This is Bernardini’s first year with the company and his first year back in Omaha since he moved away when he was young.

Since he’s returned, he’s been surprised at just how much Omaha has changed. A park he played in as a child, for example, is now a parking lot for a grocery store.

Much like the changing city, Shakespeare on the Green this year will not be what audience members once knew it as, but Bernardini said the changes in this case have been for the better.

“We’ve been asleep for two years. I don’t know anybody who wakes up after sleeping two years and says, “Oh, there’s a new me.” No, you kind of need to brush your teeth and do your hair and put on some clothes,” Bernardini joked, “and then we’ll figure out the new you.”

While things will look different this year from what people have seen in the past, audience members can expect to continue seeing new elements from the company in the future as well.

Over the next decade, Berardini said the company hopes to use Shakespeare to create a more just, equitable and diverse Nebraska. Ten years from now, they aim to employ around 60 people, but he promised that some things will remain the same.

Bernardini acknowledged it’s not going to be an easy goal to achieve. This year’s season alone is going to take a total of $430,000, and all of that must come from donations.

He said all of the work that goes into fundraising, though, will be worth it to achieve his personal goal for the company: to become the preeminent Shakespeare theatre in the country.

With all of these big goals and a good deal of strategy still to be figured out, Nebraska Shakespeare has quite a ways to go to meet their ten-year goals.

Whatever it takes to get there, Bernardini said what will remain most important are the reasons people have and will hopefully continue to gather at Shakespeare on the Green.

“You can pick lots of reasons why people come. I think at the end of the day it is that unquantifiable, that experience. How does it make me feel? What does it do for me? It gives you something intangible, but it leaves you wanting more,” Bernardini said.

The 2022 season of Shakespeare on the Green is now in session, and for show dates and times, you can find more at nebraskashakespeare.com.

Gen X’ers, jazz fans and those who love the Bard take note! Daisy Hutzell-Rodman of Omaha Magazine takes a look at the Best of Omaha for the next few weeks.