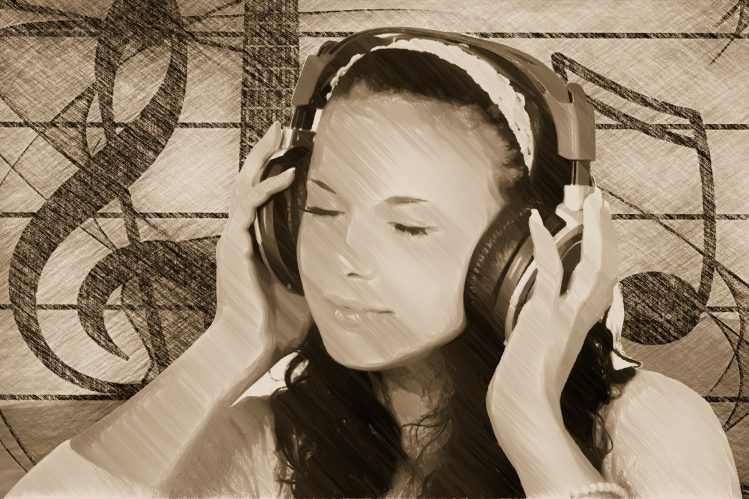 Home > Our Blog: Scherzo > All Music is Mood Music

All Music is Mood Music

Before I was old enough to have any interests of my own, I remember riding down the road on a rainy day. The song “Riders on the Storm” by The Doors was playing because my dad liked a theme. When it rained, he would play this or “Rain Song” by Led Zeppelin, or any other song that fit the mood. If he was in a really excited mood, he might play harder rock and roll or metal, or maybe he would play hard rap if he was really energetic. My dad had a lot of moods and he knew the music that seemed to play into all of them. This was something that really grew on me as a kid.

From a young age my dad also introduced me to film. Away from the radio I was still taking in art, and in film there was even more music being used in all different kinds of ways. The thing I picked up on immediately was that music set a mood, it was used in film to heighten emotions already being portrayed by the actors but it was also used to highlight emotions that may not be immediately present to the audience. For instance, if a bad guy was disguised as a good guy and we didn’t know about it yet, the music might swell dramatically in a scene that otherwise feels innocuous and innocent. I was realizing that music and mood were almost one and the same, as a young kid that was a huge revelation for me!

We’re Part of a Group

Fast forward a few years and here I am now, thinking I fully understand the subtleties in which music can convey mood. Fully thrust into my job at Opera Omaha, I learn mood in a new way, in the ways classical music mixes with the presence of the stage to add even more. The dynamics of music in film are sometimes dramatic and overarching and intentional, but on the stage there are elements that you just don’t find in film. When watching a movie at the theater, we experience mood not just because of elements of orchestral music booming to heroic moments, but because of the sense of being a part of a group. The crowd is excited and sometimes that excitement is not so much a feeling but a sensation that everyone experiences together. This is heightened when you watch a stage production that has a live orchestral score. Opera gets to be this mix of real people on a stage, real people playing music, and real people experiencing all of this in real time.

These elements together are capable of transcending mood and creating a space where we are allowed to feel a full spectrum of the human experience in mere minutes at a time. We feel the drama and tension of every moment because it moves with us, breathing and skipping heartbeats as it holds our hands through each scene. Working for KVNO has given me even more insight on the way orchestral scores were composed, the sometimes years of work that went into making sure just one piece was absolutely perfect. The way that passion translates from page to stage and does the same thing to a room full of people as a full production could. As I read of these old masters honing their skills and being treated the way modern day pop stars are, I am reminded of the reason that music has this power over us. I start to see the way music on its own is a doorway to a space where you’re allowed to feel.

As I explored this idea in my everyday life, that is what I realized music does differently than most mediums alone. It ALLOWS us to feel things, even if we see an image and we understand what it conveys. Sometimes music can open us up to the possibility that the image we’re seeing is really meant to be interpreted differently. Maybe an image of an elderly woman standing alone with a bunch of groceries waiting for a bus makes us think one way. In this image, we may be trained to think the woman is struggling and unhappy, but if someone adds the right music, we might begin to see this woman is actually grateful and proud to be on her own, taking care of herself. Music makes most scenes different; it changes our perspectives and allows us to feel in new or sometimes unexpected ways. Which is why classical music and orchestral scores are top tier when it comes to allowing us to feel things!

All of this is just to say that music has so much power. Classical music can challenge us to feel something through every spectrum of human emotion without ever saying a word, and even when music has words, our brains can still interpret those words uniquely! We are incredible creatures driven by emotion, finding new ways to feel things and new things to feel every day. Art gets to be the catalyst, the primer to an explosion of emotion that builds empathy and sympathy, that exposes us to the experiences of others. Art gifts us the opportunity to tap into a small modicum of the emotion felt on earth, we can safely step into someone else’s shoes and understand what other people experience on a daily basis. And all of this, all of it is sparked by an instrument. A piece of wood or metal, a thin string plucked just so. A stick smacking a stretched-out piece of leather. A simple tool opens entire worlds up for us, takes our pain away, or helps us understand someone else’s life. For just a moment at a time.

I have always been a proponent of the idea that art is capable of changing lives. Organizations like KVNO, like Opera Omaha, like the other places that help us create and bring creativity to the communities around us, are doing the most important work possible. They are giving people, especially now in a time when feeling things is so constant and almost always negative, a way to experience the good in other people’s lives. When the world is filled with news that hurts, we have music to pull us from despair and remind us of the hope it took to create something beautiful. Art in all of its forms reminds us that the world can never be too dark so long as it exists. It can shine lights in those dark corners left forgotten, and make them places we can come together to drive away that darkness for good.

The other day I was out shopping with my significant other...