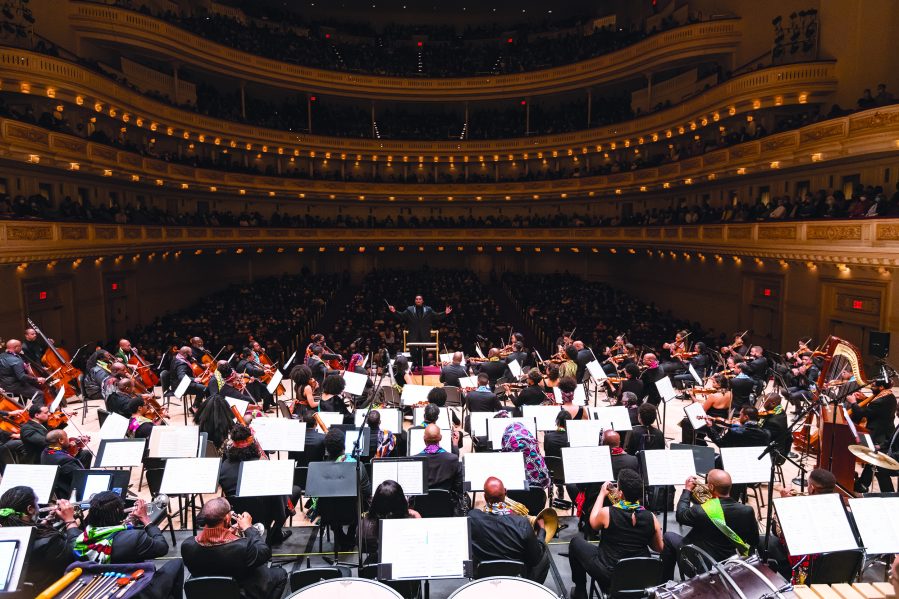 The Gateways Music Festival Orchestra is a 125+ member ensemble of musicians of African descent under the leadership of conductor Anthony Parnther. The Orchestra made its stunning Carnegie Hall debut on April 24, 2022 as the first all-Black orchestra to be presented by the famed venue.

Gateways Radio features exceptional compositions and exquisite performances, celebrating the Gateways Music Festival’s mission of connecting and supporting classical musicians of African descent and serving as a source of inspiration, enlightenment, and engagement for communities—especially communities underrepresented in classical music.

The program is produced and hosted by Garrett McQueen, who KVNO listeners grew to know when he hosted The Sound of 13, a program produced by KVNO. He has been a member of several professional orchestras, most recently the Knoxville Symphony, and serves on the board of the American Composers Forum and maintains leadership and advisory positions with the Black Opera Alliance, the Gateways Music Festival, and the Lakes Area Music Festival.