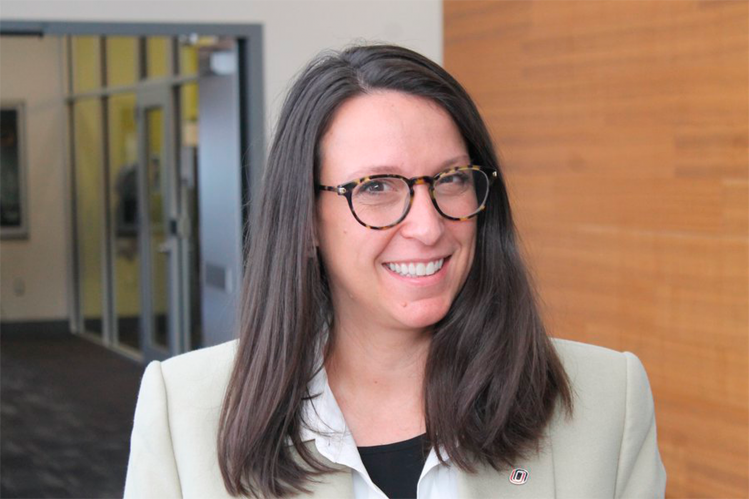 Neb.-A new report looks at challenges facing Nebraska entrepreneurs. Titled “Entrepreneurship in Nebraska,” the report was produced by the UNO Center for Public Affairs Research in partnership with the Nebraska Business Development Center.

“The idea was really to look broadly, at the institutional level, at the macro level, at the micro level, as to what could be done to support entrepreneurship in Nebraska,” said Josie Schafer, director of the Center for Public Affairs Research.

One reason? According to a Kauffman Indicators of Entrepreneurship report, Nebraska lags slightly behind other Midwestern states in new entrepreneurship, the percent of the population starting new businesses, and that percentage has been gradually declining for a couple decades. “Stagnant” is a term Schafer uses to characterize the state of entrepreneurship in Nebraska.

“Recognizing where we are, and that entrepreneurship is not a big part of the mix of our economy right now was really important. It was really important to set that stage as a way, not to say that we’re not doing a great job, but we have room for improvement.”

Developing and connecting a so-called pipeline of entrepreneurs was one identified challenge.

“But then we also really heard, probably more so from the entrepreneurs themselves, that there is interest in entrepreneurship in the state, but they’re not always connected to that network, that ecosystem that exists to support them,” she added. “So ensuring the pipeline really means that we are doing everything we can to find entrepreneurs, to talk about entrepreneurship, to help people think about what that looks like, help people understand what those programs are and how we can help entrepreneurs. Because they exist.”

Schafer says a lack of diversity in the entrepreneur ecosystem is a problem. “We absolutely saw an ecosystem that was predominantly male and white, and the national reports about new entrepreneurship certainly suggests that is not where new entrepreneurs are always coming from. So we want to make sure that everyone can access that system.”

Another finding from the report; Nebraska Nice isn’t always a good thing.

“Nebraska Nice is something that we hear all the time, and I think it is an amazing cultural asset, and we heard that too. That willingness to help each other is really important for entrepreneurship development,” Schafer said. “However, we also heard this idea of cheerleading. That folks are so excited anytime an entrepreneur produces a new idea or is willing to take the risk and go for it that it leads to a lack of critical questioning, a lack of feedback that can make the idea better. And that’s really important to entrepreneurship, too.”

Schafer says those providing input for the report noted aversion to risk as a challenge. One person interviewed described an “aim small, miss small” culture in Nebraska. More support and funding for entrepreneurs during different stages of business development would help, like early on when an entrepreneur might just be thinking about and exploring an idea.

But Schafer says the study also points to helping entrepreneurs understand that not everything needs to be “the next big idea.” “I think we really need to support entrepreneurs thinking big, but also helping them to work out smaller areas where they can solve a problem. I think if entrepreneurs feel they’re solving a real problem, they’re going to feel that it’s less risky because they’re really providing something of a ton of value.”

Those surveyed also said more unified goals and collective action among the wide range of agencies working with entrepreneurs would be helpful. Same with filling some of the programming and resource gaps in areas like workspaces and funding.

Schafer hopes the “Entrepreneurship in Nebraska” report provides a vehicle for all involved to essentially listen to what each other have to say, and begin addressing some of the areas where there’s need for improvement.

“I think until you call out the problem, you can’t solve it,” Schafer said, “and I think that’s a little bit of the ‘Nebraska Nice’ culture. We really just want to say, ‘Everything’s going great, and we’re moving in the right direction.’ So much is moving in the right direction, so it doesn’t seem negative to me to call out where there’s room for improvement. I think what I saw here was not that we have a big problem, or we have a big hole in funding, or resources, or programming. We just need to do more. We need to be more active. We need to dial up the effort. We need to make it fun and exciting to explore these opportunities with the ecosystem members, and not be scary or hard.”