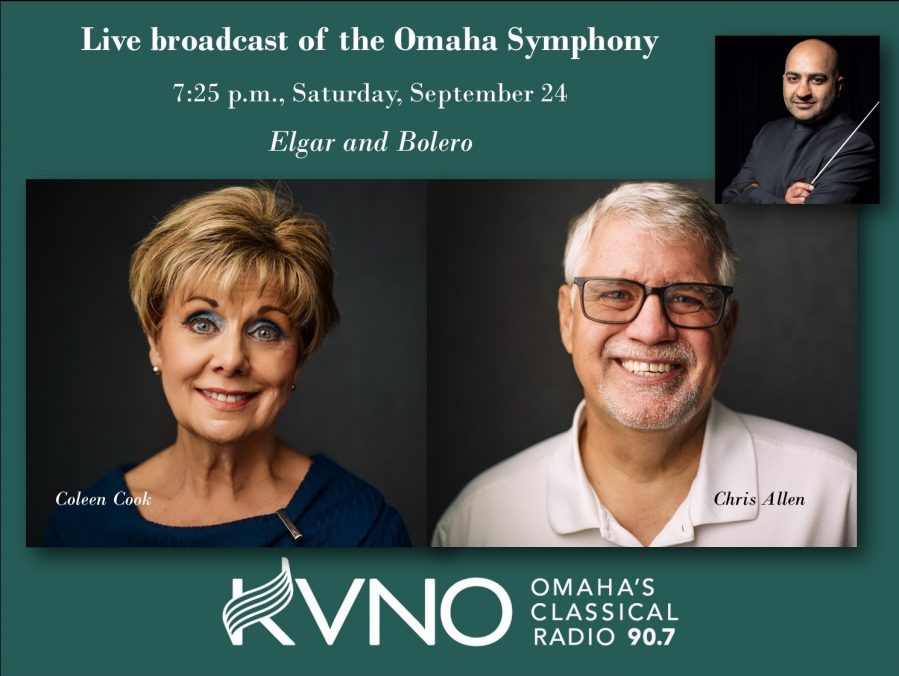 Join KVNO on Saturday, September 24, for a live broadcast of the Omaha Symphony Masterworks Concert

The live broadcast begins at 7:25 p.m., and you can hear it on 90.7 FM, on the KVNO app, or streaming from our website or your smart speaker.

The 2022/23 season begins, and Maestro Ankush Kumar Bahl and the Omaha Symphony celebrate with both brand new and beloved repertoire. Local Wunderkind, Winston Schneider, opens the season with Anniversary Overture, Schneider’s Omaha Symphony Masterworks debut and a world premiere. Then, enthralling young cellist Gabriel Martins makes his Omaha Symphony debut with one of the most beloved works in all of the solo repertoire, Elgar’s Cello Concerto. The program ends with two French favorites —Debussy’s mutable La Mer and Ravel’s exacting Bolero.

During La Mer, artist Christina Narwicz will be live painting near the stage, with live video of her work being projected onto a giant screen suspended above the orchestra. This will be an experience you won’t want to miss!

For tickets and more information about the concert, visit omahasymphony.org.