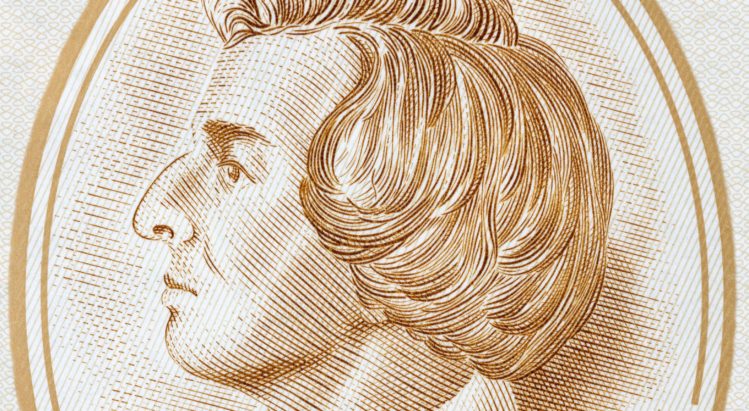 Polish Composer Frederic Chopin was the most significant composer in the history of the piano, and truly one of classical music’s greatest tone poets. He wrote piano music that was like no one else’s and he changed the way the piano was played. In fact, Chopin was the first major composer to devote himself only to the piano — only a handful of his works used any other instruments.

Chopin’s compositions were relatively few and sometimes brief, but they covered every variety of musical expression. His impact on classical music history was way out of proportion to the number of concerts he actually gave — only 30 public performances in 30 years of composing.

Chopin’s music seemed to capture the piano’s soul and express heartfelt emotion, and his works found their way into the secret places of our hearts. Chopin banished the ordinary from his music. He wrote far fewer compositions than his important contemporaries did, but each piece he composed was a pearl, a treasure. When you hear his music played and you are in a room full of listening people, you can actually hear the audience breathe differently as his works are played.

Chopin didn’t like being a celebrity – he shunned attention. In fact, he would have disapproved of his music being on the radio or celebrated in concert halls. But it is, and it’s here to stay, relaxing and inspiring us daily as we hear it on KVNO. Enjoy!

So, I was thinking of launching myself into space.