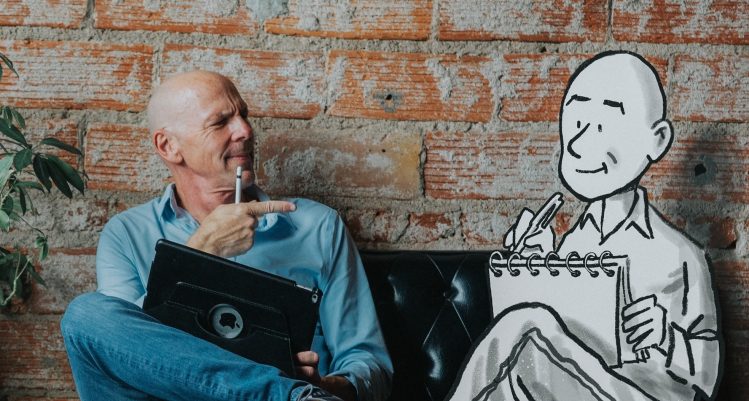 It’s March and I can’t wait for the return of purple fish, yellow birds, and bright green alligators to again swoop and soar high above Omaha’s Memorial Park. And elsewhere in our area, too. From Ditmars Orchard and Vineyard on the eastern edge of Council Bluffs to Lawrence Youngman Park in West Omaha, nothing symbolizes the coming season like a kite fluttering against a bright blue sky (apologies to the first robin of spring!).

Not that kite flying is exclusive to March. Indeed, just a few weeks ago I smiled at media coverage of “Color the Wind”—a kite festival held in snow-covered Clear Lake, IA. Not to mention LaVista’s annual kite event coming this May, plus other festivals in the region later in the year (who knows? Maybe the new and improved Leahy Mall will become a regular spot to go fly a kite). And besides, even the American Kitefliers Association has declared that April is National Kite Month.

And yet, when I was a kid, the calendar on the classroom wall always included a traditional-shaped kite—like something Charlie Brown would fly—stick-pinned to the month of March. March would roll around and I’d ask my dad if we could go out and buy a kite.

“No,” he’d say. Not that he was against kites. On the contrary, as a kid growing up without much money, he’d make his own. He especially chuckled at his story of the giant kite he fashioned one summer from sticks and sheets of newspaper. By the time he finished putting it together, it was dark out. So, he added a flashlight. Which didn’t go over so well with agitated neighbors who panicked thinking some sort of UFO was hovering over their house.

Just like when he was a kid, he’d insist we make our own kites. First, he’d send me into the backyard searching for tree branches that might provide a good framework. Next, I would gather up the comics section of the newspaper or discarded wrapping paper. Finally, we might rip up an old t-shirt for the tail. Soon enough, our homemade contraption was airborne carrying with it my dreams: if I could build something capable of flying—from found objects, no less—what was stopping us from making other fun things?

So, when we came across tissue paper? We made parachutes that could be dropped from kites. If memory serves, the entire operation somehow involved two strings and a release hook on the kite, which now sounds a bit complicated. But for my younger self, chasing after a parachute launched from our kite was a little slice of magic.

And just like the national kite-flying group, my dad also didn’t buy into the idea that kite flying is only for March. If one wants to fly a kite in July, why should the calendar say otherwise? Unless, of course, you’re dealing with, say, a very still afternoon or worse, a thunderstorm.

As much as the winds here on the Great Plains can sometimes cause us trouble—from toppling trees and downing power lines—there’s beauty in a breeze. Think windmills. Not necessarily those modern off-white giants towering over the countryside, but rather an old creaky windmill. Something from a watercolor painting, perhaps, the blades spinning like a slow-motion pinwheel. 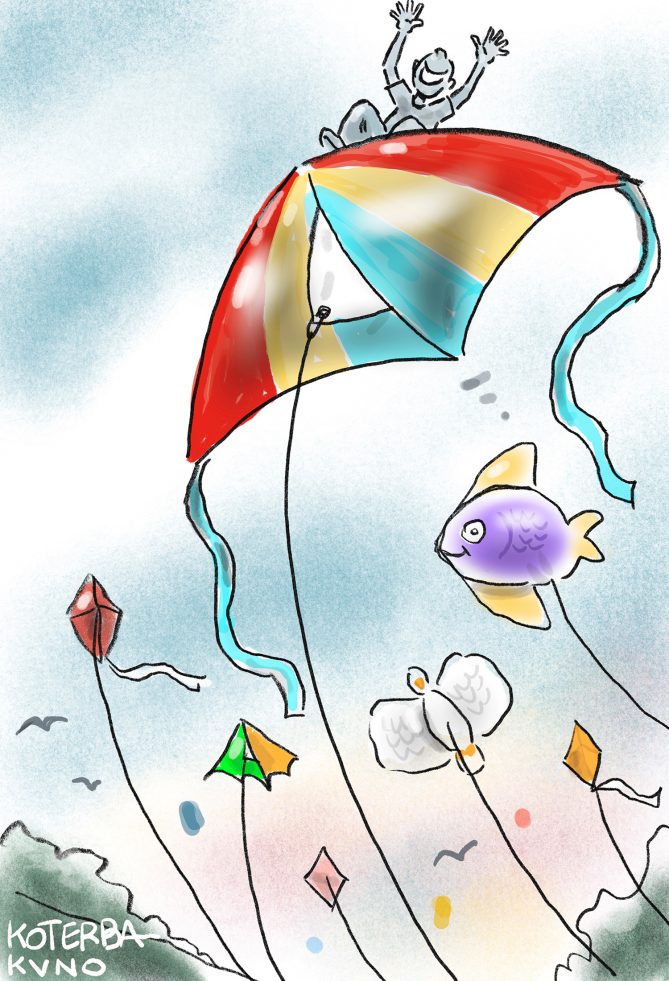 And so, too, the beauty of a breeze that fills even the most modest of kites with dreams of flight. Yes, the wind sometimes needs a bit of assistance from we humans, some of us running down the hill at Memorial Park, gripping a string that’s attached to a rainbow diamond or patriotic eagle or neon jellyfish. Running and running, the kite trailing behind, still unsure of itself, until finally, triumphantly, taking wing. Up and up, and sometimes up further still, making even the most graceful butterfly nod in appreciation.

If we’re lucky, soon others will join in. And before long, the sky might become a vast stage, glorious kites waltzing in flight, a sky ballet that leaves the audience filled with hope and joy.

I’d rather play a sport than watch one. The problem is that I am running out of sports to play.