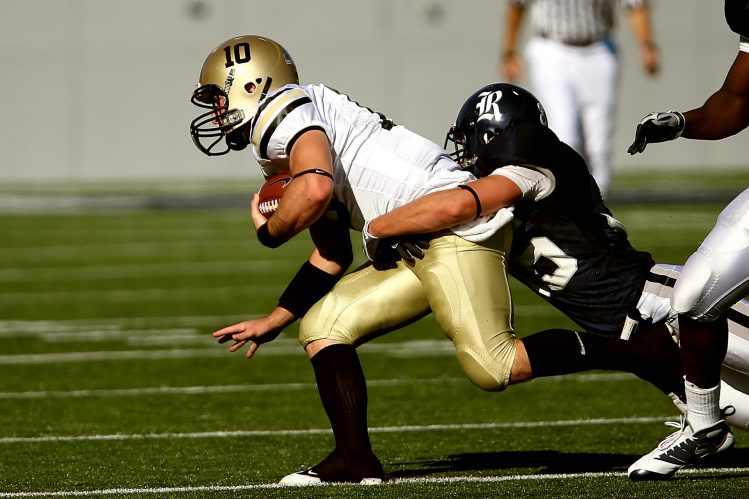 I’d rather play a sport than watch one.

The problem is that I am running out of sports to play. And let me say from the start, this situation is not just the result of my advanced age, or decrepitude.

Now it’s true that I’ve already surpassed my Biblical “three score and ten,” and that I’ve been sedated heavily on more than one occasion in order to be fussed over and repaired by young people with very impressive diplomas on their pale blue Medical Center consul<ng room walls. But, I’m blessed to be still fairly mobile and my wife hasn’t put a tracking device in my belt buckle—yet.

Obviously, football is out, and not just because of my left knee…and my right knee…and the fact that if I am knocked down it may take a minute or two for me to stand up again…and the fact that I tend to cry when I’m hurt…and the fact there are no senior leagues I know of…and running? Yeah, sure. Heck, I have a great deal of trouble even watching football these days because I am just too darned empathic. Seeing a receiver on a crossing pattern get demolished by a safety moving at Mach II makes me a little queasy lately.

I used to golf. Golf being one of the sports allowed to my demographic segment, along with bowling. But now when I swing a club I disturb players standing over delicate putts three holes away due to the loud snapping and crackling noise my right shoulder makes trying to escape from its socket. Bowling? Too loud. That is, my scream is too loud when my right shoulder actually does complete its escape as I roll one into the gutter. So, they’ve asked me not to come back. Ever.

So, what sport can I play? The new craze is Pickleball, which is, so far as I can tell, miniature tennis with ping pong paddles, cute white shorts, and a whiﬄe-ball on a badminton court with a low net and a high risk of embarrassment. So far as I can tell—I watched a lot of YouTube videos—there is no beer, no shade, or any chance of cheating. Those factors and the wardrobe expense make this a non-starter.

Cornhole? Excuse me? This unfortunately named game should revert to its original 19th century appellation, “Parlor Quoits,” or the name Father Guido Sarducci gave the diversion “Faba Baga— more properly “Sacchetto di Fagioli” or “Bean Bag.” I just can’t watch, let alone play this game without feeling embarrassed for everyone involved. Any game that includes terms like, “Dirty Bag,” “Drano,” or “Cornfusion,” is suspect on way too many levels. Some say Cornhole is not to be considered on its own, but is merely one part of a bigger sport called “Tailgating.” Since that sport includes meat cooked over an open ﬁre I might consider it.

Other options include “Mall Hiking”—this is like “Mall Walking” but in this version “hikers” don’t avoid obstacles like planters, benches, or slow children, but instead climb over them while whistling Tyrolean hiking tunes; and “Folding Chair Protesting”—this involves sitting in a folding chair on a busy corner holding up a sign that says, “Honk if you…” (Insert Controversial, Trivial, or Daily Outrage Issue) and can be unpleasant these days because nobody has a sense of humor anymore, but does oﬀer fresh air and the occasional dose of bus exhaust. There’s one ﬁnal possibility, the new sport of “Streaming”: I’m kind of into this one already and I’ve almost made it through all seven seasons of the “Great British Bake Oﬀ.”

This article originally appeared in the January 2022 issue of Omaha Magazine.

All Music is Mood Music

When the world is filled with news that hurts, we have music to pull us from despair and remind us of the hope it took to create something beautiful.